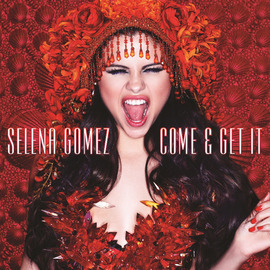 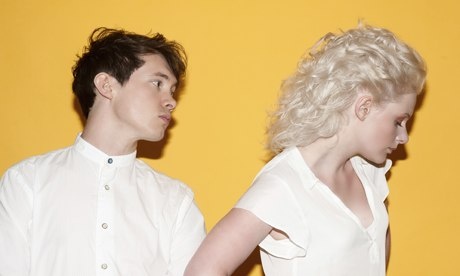 The background: If those ones to watch lists were based on votes from celebrities, not critics, today’s new band – duo, actually – would rank very highly indeed. Comedians love them. Stephen Fry tweeted about them, saying, “Initially rather disturbing, but ultimately brilliant!” Somewhat improbably, Matt Lucas – who declared, “I’ve never seen anything like it before” – used to co-manage them. Tim Minchin said they were “AH-mazing” – he has a speech impediment – and promptly invited them to support him at his Médicins Sans Frontières gig, which is tonight, in case you’re interested. Lots of musicians are (interested), so it might be worth attending, even if just for the purpose of star-spotting. Which Bitter Ruin musician-fans might be there? Take your pick from Jarboe (ex- Swans), who they toured with. Or Ben Folds, who called them “absolutely unique”, or Amanda Palmer of the Dresden Dolls, who said, “That girl can sing!” (the duo comprise a male instrumentalist and a girl who can sing). Or Elton John, who liked them so much he got them into his Rocket Studios to record an EP.

Bitter Ruin – who have toured with everyone from Ed Sheeran to Melissa Auf Der Maur – don’t just wow famous people. Journalists like them, too. “Not like anything you’ve seen before; weird, unique, highly recommended,” wrote one. “Bitter Ruin burn with an intensity that makes most other bands look like damp squibs. Is it art? Most certainly.” They have been described variously as noir-pop, indie, rock, punk, folk, soul, flamenco, and classical. Wikipedia, meanwhile, files them under “dark cabaret”. Richards and Train, both students of music history, formed in Brighton over a shared love of Antony and the Johnsons and St Vincent, with her preferring Björk and Édith Piaf and him loving Jeff Buckley and Queen. They gigged a lot and did some songs courtesy Elton’s Rocket, which sounds a bit kinky but isn’t. They soon earned a devoted following, drawing £20,000 in Kickstarter funding in an impressive 12 hours. They built a studio with the proceeds and set about recording their debut album, Waves.

The results are… not for us, after all that. We were expecting, from all the fuss, something weirder and wonkier, more arresting and shock-of-the-new. But who cares when so many of the great and good are lining up to sing their praises and praise their singing? Not just the singing – which ranges from cutesy and ickle-gurly to a more womanly warble – but the music, which most seem to agree is fabulous and far-out and the perfect setting for BR’s “soul-baring confessionals and vicious vendettas”, as we’ve seen them called. We can’t quite detect in their music the savage intensity that others can – maybe our ears need syringing, but it sounds quite twee – but we can appreciate the air of the theatrical and sense of flamboyance. If some can hear music that is “exquisite and emotional” (S Fry again) and it doesn’t quite tally with our own response, which is to remain thoroughly untouched and unenchanted, and if others’ idea of torrid melodrama doesn’t match ours, then let’s just agree to disagree, shall we, for the sake of the children.

The buzz: “Initially rather disturbing, but ultimately brilliant!” – Stephen Fry.

The truth: Anyone for whimsy?

Most likely to: Make waves.

Least likely to: Drown in a sea of love.

What to buy: The single Diggers is released on January 27, followed by the Rocket Sessions EP and Waves album.

File next to: Björk, the Mummers, Woodpecker Wooliams, Paloma Faith.