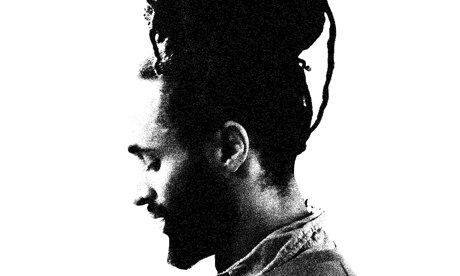 The background: Sam Smith is this year’s winner of the BRIT’s Critics’ Choice award, which puts him at the commercial vanguard of a new soul wave. There were, at last count, around two dozen emerging male artists who orbit around R&B, soul and dance. Smith is the new John Newman, singing lustily over populist beats, and his future success is assured. Others are being more experimental, taking more chances. There are a slew of surrogate Weeknds and James Blakes, from Gallant to Gent Mason, artists injecting elements of danger, doubt and despair into the traditional smooth soul croon and disrupting the sensual flow of R&B with glitches and assorted electronic production tricks. There are new paradigms or at least musicians offering unexpected hybrids such as Sampha; then there are those taking the familiar into strange new territories such as “new Michael Jackson” Dornik.

Even given this varied company, Andrew Ashong stands out. We haven’t had one of these for a while: a hazy, jazzy dreamer of a young soul rebel who in his music references Roy Ayers and Shuggie Otis, Bill Withers and Marvin Gaye flyin’ high in the friendly sky. He’s from South London and apparently now is based in Ghana, where his parents are from. He has worked with Detroit techno/Chicago house man Theo Parrish and his tracks have been played by the progressive likes of Floating Points but it’s his winning of the Track of the Year gong at the Worldwide Awards by listeners to Gilles Peterson’s radio show that offers the biggest clue as to Ashong’s sound and milieu. He’s very Gilles Peterson. He spent his teenage years crate-digging for classic disco, funk and soul vinyl in charity shops, and listening to his older’s brother’s Ayers, Herbie Hancock and Talking Loud Records collection. By the age of 16 he was out DJing those records, while at home he began working up tracks of his own, mesmerised by the chord changes to songs such as Al Green’s Let’s Stay Together.

“I never wanted to be a singer,” says Ashong, and really, he isn’t. He doesn’t sing so much as allow his stoned murmur to drift listlessly and languorously across the stretched-out, slow and ethereal psych-soul grooves of his music. Special, the title track of his January 2014 EP, is a dazed acoustic reverie, with shades of Shuggie, two jazzy chords over which Ashong extemporises for five minutes and 55 seconds, although you get the impression he could have gone on for 55 minutes or 55 days. Never Dreamed is cosmic R&B, more organic than electronic. “Years ago…” he exhales, as though he’s vaping, over jazzy keyboards. Flowers, the winner of that award, is mellow, mellifluous, heady with the smell of dew and sunshine after the rain, with a wobbly bassline – but bass music this is not. It’s soul music for people who have been dismayed by most of the major developments in soul music of the last two, even three, decades.

Most likely to: Send a strawberry letter.

What to buy: The Special EP is released by Which Way on January 20.